Holidays with a muse. Literary hotels of the world

When you read a good book, you immerse yourself in the author’s fantasy world, and even after reading, you don’t want to part with the created atmosphere and your favorite characters. But what if you look even deeper into this world and visit the places where the fascinating plot was created, and the air itself and the environment inspired the creator of the whole storm of passions and experiences of the main characters? We present to your attention the hotels of the world that have inspired your favorite writers.

The novel Lolita brought great success to this Russian-born writer. This is his only creation, written first in English, and later translated into Russian by the author himself, since Nabokov could not entrust this task to anyone.

Thanks to the success of the novel, the writer was able to quit his teaching career in America and move to Europe. For his new residence, he chose the Fairmont Le Montreux Palase hotel in Switzerland, where he took rooms on the sixth floor and lived with his wife Vera for almost sixteen years. One room, number 65, was made personal. In it Nabokov enjoyed the scenery of the Alpine slopes and created “Lolita” in Russian translation.

This place was on the verge of bankruptcy, the owners were seriously thinking about closing, but Mr. Chance smiled at them, as one of the autumn days Stephen King drove into the hotel. Just at this time, together with his wife, he traveled around the provinces of the United States in search of inspiration. The atmosphere of the hotel, its desertedness, remoteness from large settlements strongly influenced the King of Horrors.

The couple were the only visitors at the time, dining in a completely empty dining room with tables and upturned chairs, and the sounds of the orchestra echoed in the empty hallways. And in the evening, going to bed, King came up with a concept for a new novel, The Shining. Subsequently, The Stanley Hotel was involved in the filming of a mini-series based on the work of the same name.

This hotel keeps memories of the poet’s last moments. Angleterre is a witness to the poet’s tragic death. In room 5, Yesenin’s body was found. There were plenty of guesses and conjectures in this case, but the official verdict says that there was suicide.

The hotel, built almost two centuries ago in Turkey for Europeans, has always been very popular with tourists and remains so. And all because he was glorified by the queen of detectives – Agatha Christie. One of the most popular detective stories, Murder on the Orient Express, was written in issue 411. And it is not surprising that it was this place that inspired the plot of the novel, because the hotel was built just for travelers on the Orient Express train.

At Jumeirah, guests are entertained with a themed detective story for each anniversary of the book’s publication. And the hotel’s library houses a collection of detective stories by the writer in different languages.

The poet chose this hotel for a reason. Hotel Reisen stands on the shores of the Baltic Sea, within sight of the Royal Palace. Brodsky loved the water element. His admiration for the sea, awe and delight at the sight of stormy waves were reflected in the works that were written in Stockholm. The poet spent mainly summer time here – from 1988 to 1994.

The writer lived in this hotel in room 511 for seven years. Here he began to create the novel For Whom the Bell Tolls. The place was not chosen by chance, a gorgeous view from the window, a view of the ocean and noisy streets created the necessary atmosphere for creativity that the writer needed.

The owners of the hotel made a room-museum out of the room of a famous guest, preserved many things that were with him. So, manuscripts are still scattered on the table in the room, and in the corner there is the same bed, the Remington typewriter has been preserved.

Danieli Hotel, Italy, Venice. Honore de Balzac and not only

This is not really a hotel, but a palace built in the Middle Ages. Passions and political intrigues of the mighty of this world have been seething here for more than one century, the walls keep many secrets, feelings and emotions of their guests. The founder of realism Honore de Balzac, publicist and politician Emile Zola, American master of essays Truman Capote and many other famous personalities stayed at the Danieli Hotel. At the beginning of the 19th century, in room 10, a love drama flared up between the poet Alfred de Musset and the writer Georges Sand. And after almost two centuries in the lobby of this hotel, shots of the movie “Tourist” were filmed with Johnny Depp and Angelina Jolie.

Our guests can book hourly rooms in St. Petersburg!

Holidays with a muse. Literary hotels of the world 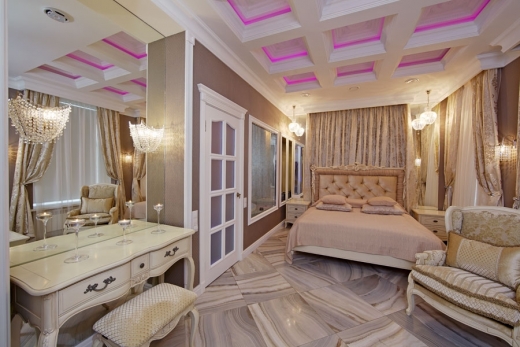